15 March 1959 - US's Roy Hamilton was the first international attraction of 1959. He sang at Teatro Record and also at Jardim de Inverno Fasano on Avenida Paulista. 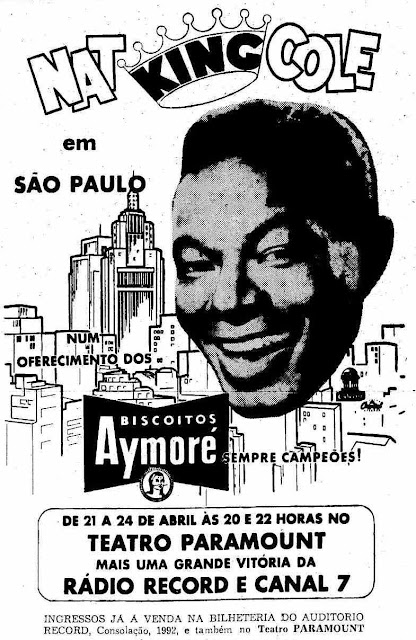 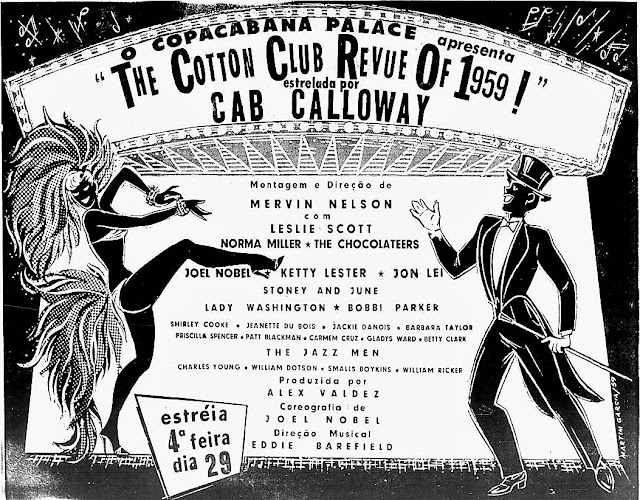 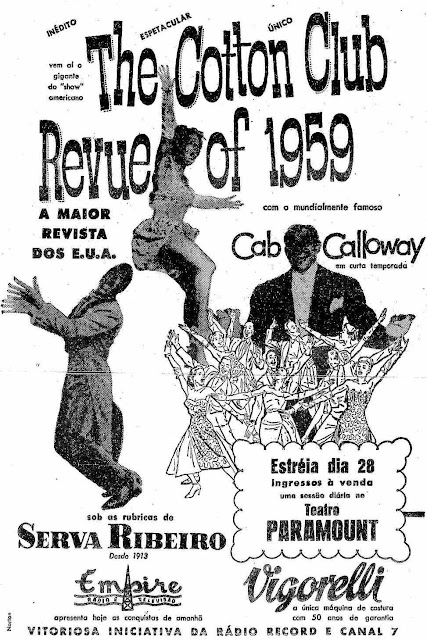 21 May 1959 - here's the Cotton Club Revue of 1959 which received rave-reviews from everyone led by the great Cabell (Cab) Calloway - jazz singer & band-leader. Mary Wynne says Freddy Feld spent the week-end in Rio de Janeiro and told her Cab Calloway (born on 25 December 1907) was still the same at 52 years old as he was at 32 when he was on top. Ms Wynne gets all nostalgic remembering her young years at college when she'd hear a lot of Mr Calloway's 'hey-de-ho'... The Cotton Club Revue has a cast of 30 dancers and singers presenting a complete vaudeville show. 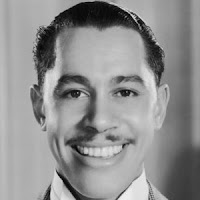 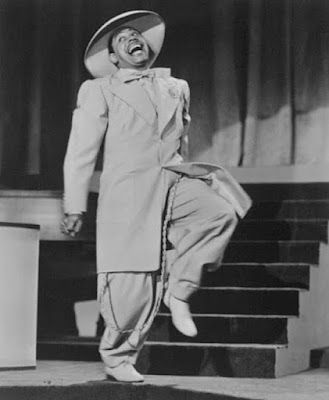 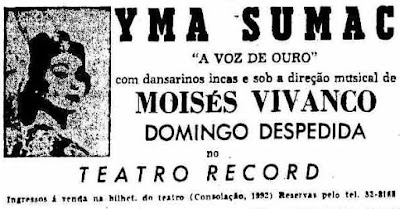 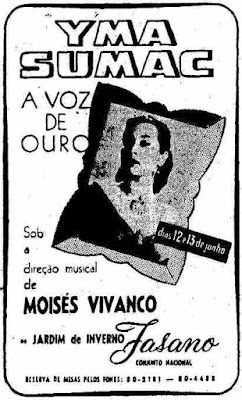 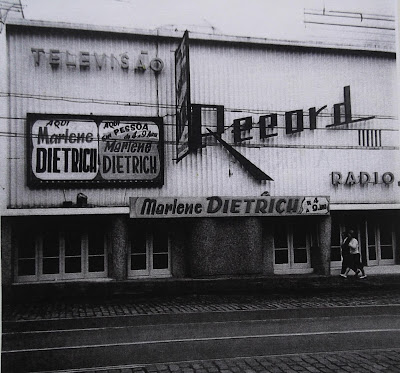 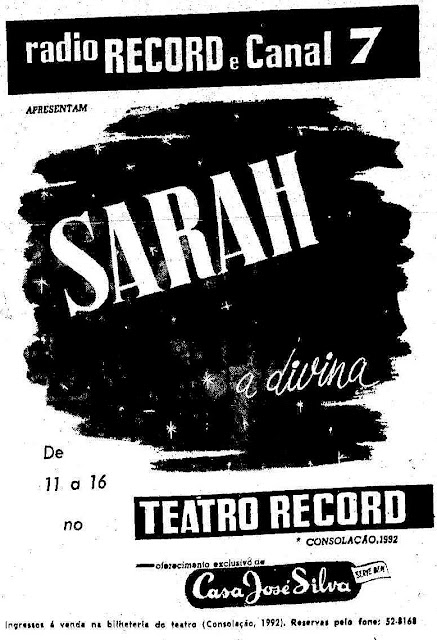 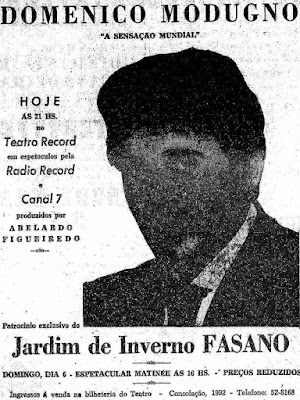 Domenico Modugno from 2 to 6 September 1959 at Teatro Record; he also sang at Cine Universo, the largest cinema in the city located at Penha, on the Sunday. 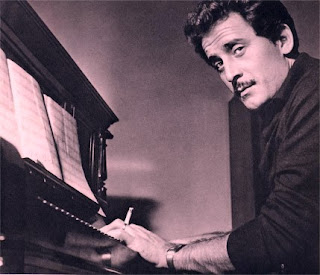 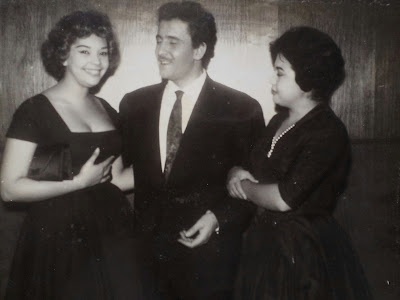 Domenico Modugno is the bone of contention between Marisa and Dolores Duran in Rio in 1959. Miss Duran would live less than a month after this shot. She died on 24 October 1959. 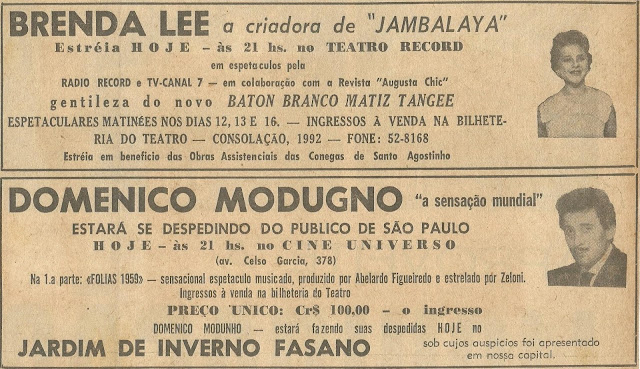 10 September 1959 - 14 year-old Brenda Lee starts tonight at Teatro Record while Domenico Modugno is saying good bye to the city at Cine Universo, the largest cinema in Sao Paulo. Mr Modugno is preceded by 'Folias 1959', a musical revue produced by Abelardo Figueiredo and starred by Otelo Zeloni. 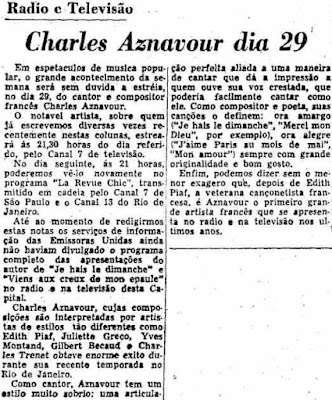 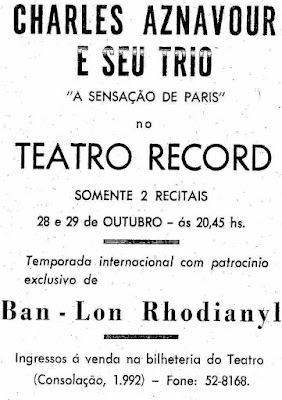 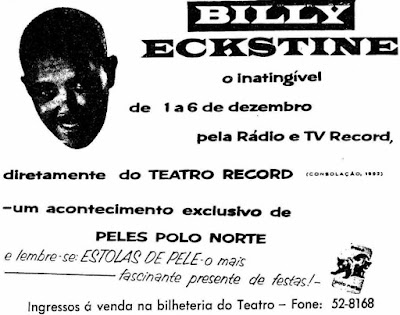 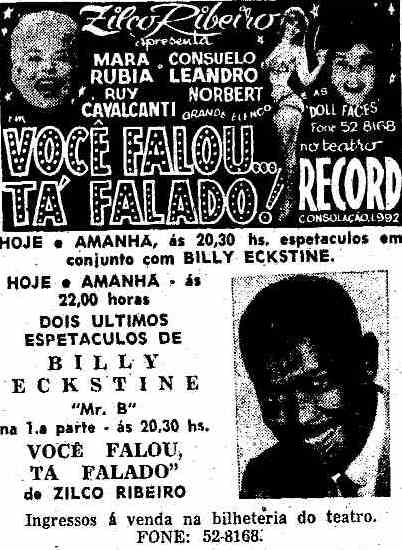 5 December 1959 - the opening act for Billy Eckstine was a millionaire revue 'Você falou, tá falado' (You've always got the last word) with top show girl Mara Rubia and Consuelo Leandro who could be a show girl and a comedienne to boot. 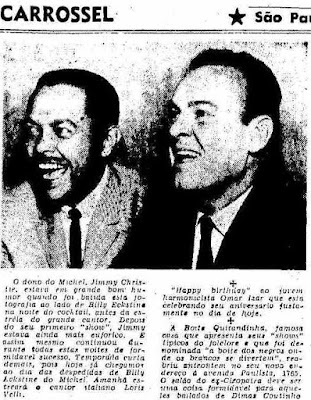 6 December 1959 - Mary-go-round's Carrossel shows a photo with a smiling Billy Eckstine and Michel's owner Jimmy Christie. Eckstine was accompanied by the Fred Feld Trio at his night-club act at Michel's. 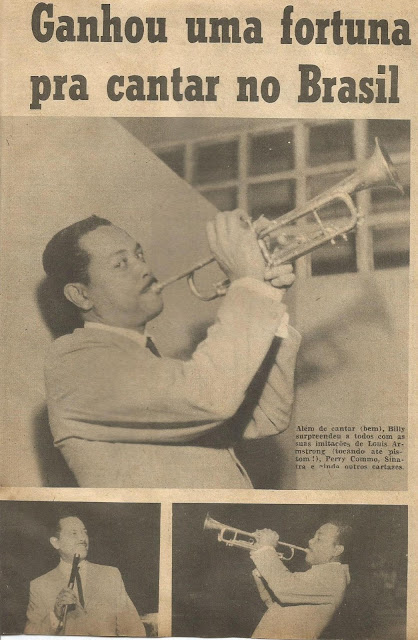 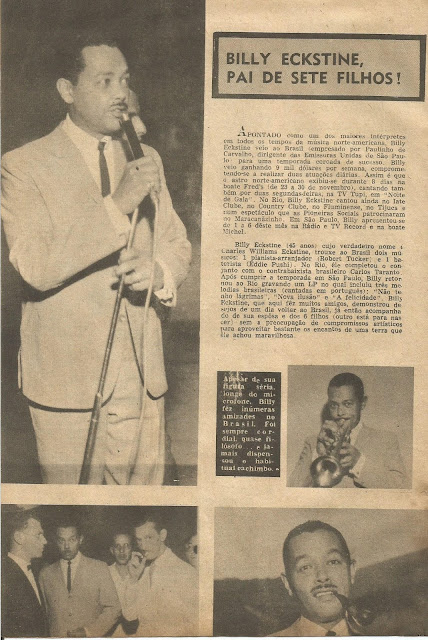 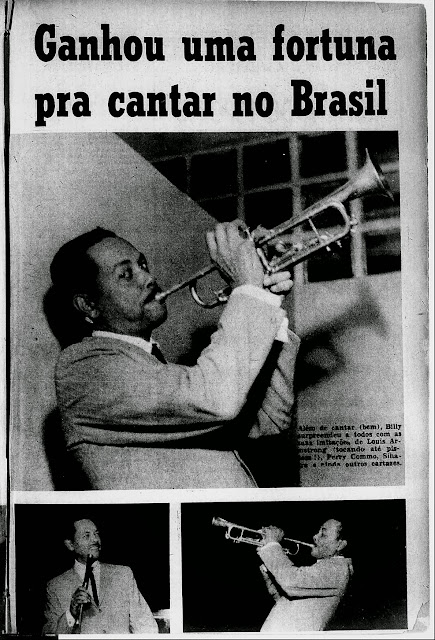 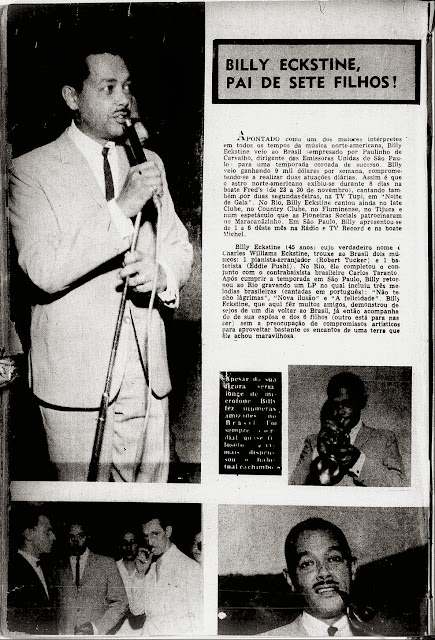 Billy Eckstine in Revista do Rádio - 9 January 1960. Revista do Radio had a bias against foreign acts visiting Brazil. As the headlines says: 'He earned a fortune to sing in Brazil' the weekly magazine criticized Brazilian impresario Paulinho Machado de Carvalho for paying top dollars to have US and European acts come and perform at his Teatro Record in São Paulo. RR says the fee ran at $10,000 (ten thousand dollars) for top-entertainers which entailed they having to perform twice nightly from Tuesday through to Sunday. Sometimes they had a free day (usually Thursday) when they could travel to Rio and earn a little bit more on the side.
Posted by Carlus Maximus at 06:39