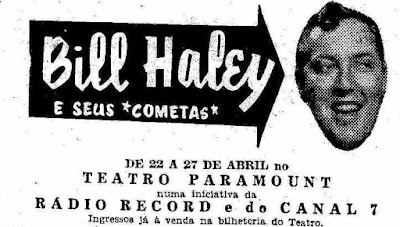 from 22 to 27 April 1958 at Teatro Paramount on Avenida Brigadeiro Luiz Antonio. 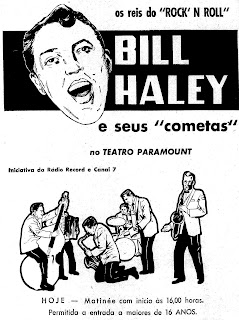 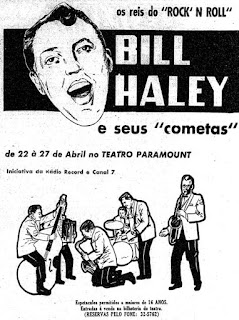 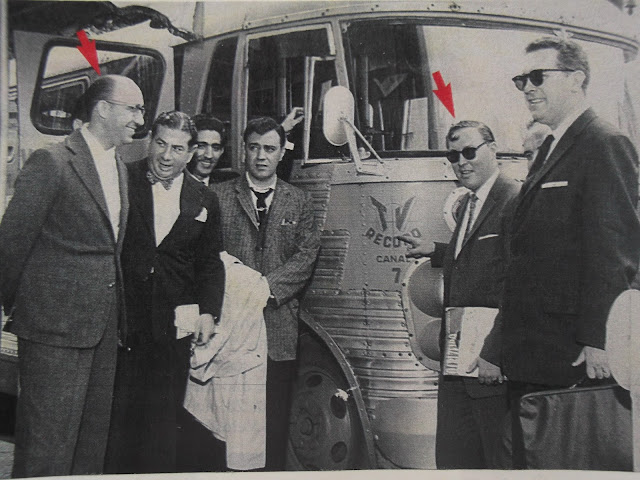 In 1958 it was time for Bill Halley (left red arrow) & His Comets - the rock'n'roll sensation! Paulinho Machado de Carvalho (right red arrow) was instrumental in bringing big acts to Brazil. In 1959, Paulinho signed Nat King Cole who turned out to be the most sucessfull of all foreign acts who ever visited Brazil. 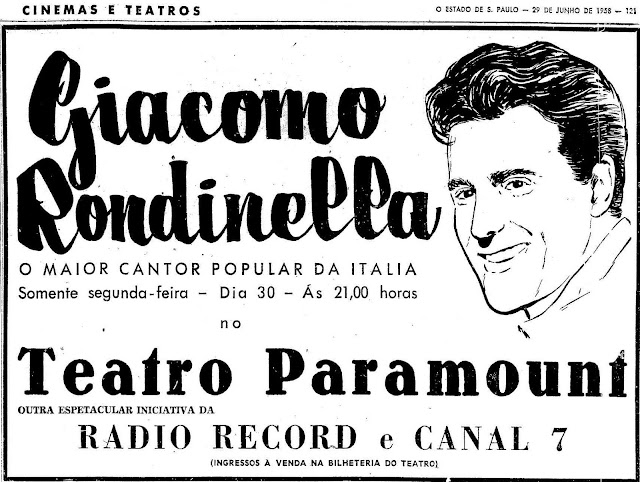 29 June 1958 - Radio & TV Record present Giacomo Rondinella dubbed the 'most popular singer in Italy'... even if one never heard of it... 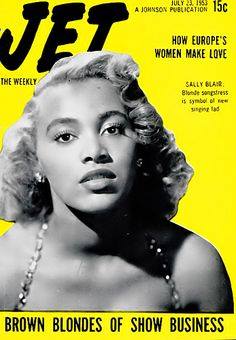 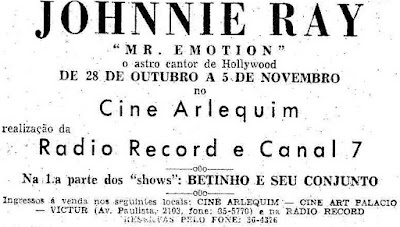 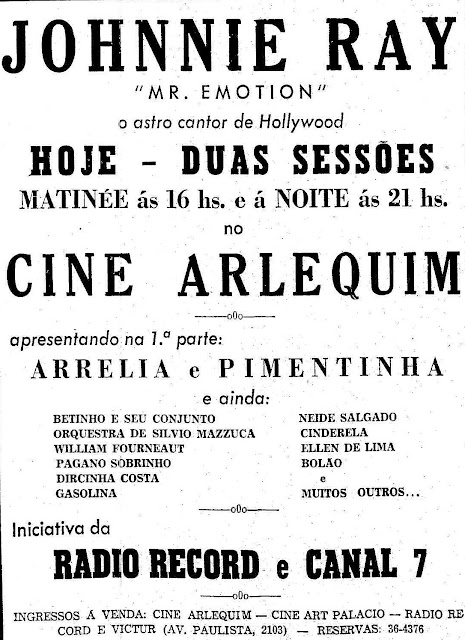